Summary: Wanda Mann was first introduced in the Sandman story "A Game of You." As with so many early transgender comic characters, Wanda's representation is fraught with controversy. When the story was published in the 1990s, many interpreted Wanda as a positive trans representation. As Tash Wolfe notes, "many trans readers love the character of Wanda, who was even named one of the top LBGT comic book characters by Gay-Nerds.Com because of her compassion and loyalty to her friends." Neil Gaiman, the writer who created Wanda, explains that he created the character as an answer to transphobic critics who "dismiss trans women as not real women," but he acknowledges that if he "were writing it today, rather than in 1989, when there weren’t any Trans characters in comics, it would be a different story." Discussing plans for adapting Sandman for television, Gaiman says, "My biggest request to the Sandman showrunner for when we get to the season with 'Game of You' in it is that we have trans men and trans women in the writers' room. Not as consultants, but as writers." Wanda is not the only transgender woman in the Sandman universe. Several years later, the writer Caitlín Rebekah Kiernan (who is also transgender), introduced a trans woman named Echo into the book The Dreaming. 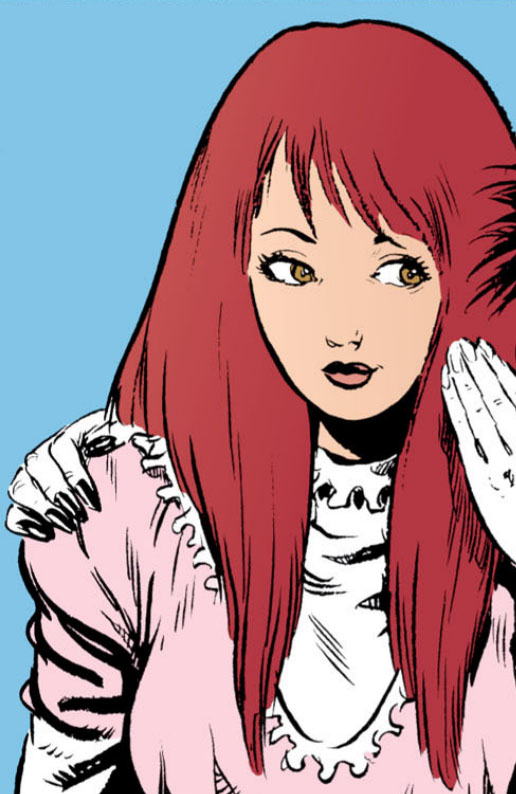 Wanda is arguably the most complex character in this arc of Sandman. She presents real problems that go beyond the struggle of one choice over another. Wanda becomes so human that it’s hard not to sympathize with her experiences as a trans woman. We see her struggle with her body, both in terms of image and physical presentation. It is this difficulty that makes her more than just “that trans character.” It makes her a person, a fully realized character, and a trans character. (Read more)

I’ve seen as many trans people getting upset about Wanda as I’ve had trans people coming up to me and saying, “I read Wanda and realized what I was, she gave me the strength to come out, she gave me the strength to transition.” Mostly, for the first 20 years, what I got was people saying, “I’d never seen another trans character in a mainstream comic. Thank you so much.” Wanda wasn’t written for any reason than, a lot of my [friends] were trans, and I didn’t see them represented anywhere in fiction. Would her story get written today? Probably I wouldn’t write that—partly because we have some fantastic trans authors out there telling their own stories. (Read more)

Aja Romano, "Neil Gaiman reflects on ‘Sandman’ as he closes the loop on the beloved series," Daily Dot, February 29, 2020.

Wanda is, in some ways, a problematically written character. About half her characteristics boil down to “Wanda is trans and faces transphobia.” Her birth surname is literally Mann. She cannot participate in a moon ritual because the universe itself limits certain rituals to people who menstruate. She dies tragically. But would it be better if she didn’t exist? ... I am confident that Wanda made some cis people empathize with trans people who would never have empathized with them otherwise. And I’m sure I’m not the only trans person for whom Sandman was one of the first places we learned trans people even existed. (Read more)

Ozymandias, "Some representation is better than none," Thing of Things, November 8, 2018.