Summary: Originally emerging in the DC universe in 1940 as a member of a team called Freedom Fighters in Smash Comics, The Ray has been rebooted at least four times during the past eight decades. In 2017, when DC relaunched most of their titles as part of the DC Rebirth initiative, Steve Orlando redefined the character as a proud, gay man in a one-shot titled Justice League of America: The Ray Rebirth #1. As Greg McElhatton noted in his review of the comic for CBR, The Ray is "a character who is happy and finally living his own life. He's got a boyfriend (or is at least starting to date), he's ready to be a superhero, and there's a real joy in his narration." 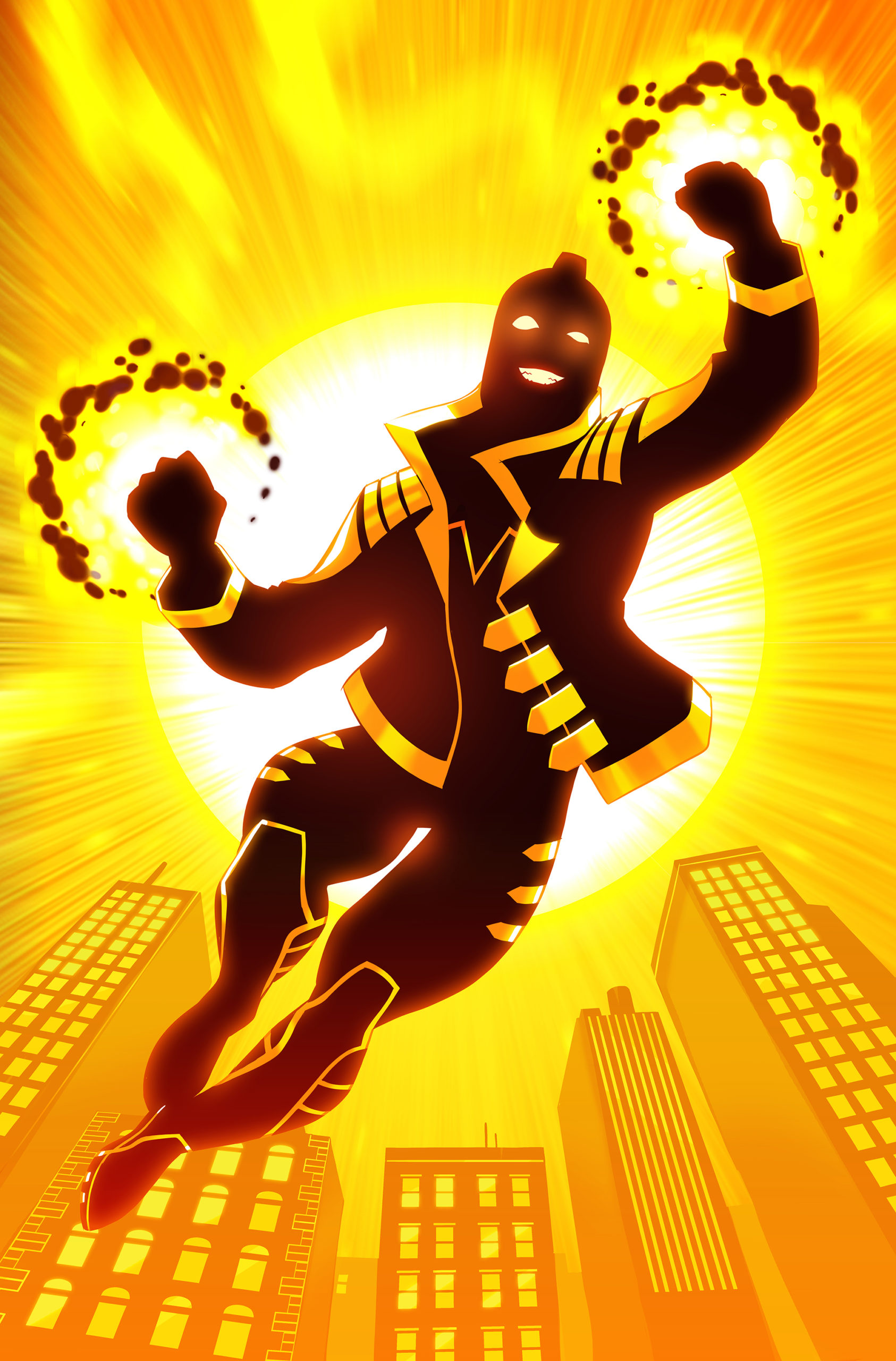 Articles about The Ray

[T]he darkness in the first part of The Ray is more than a little symbolic of the literal and proverbial closet that Ray himself is trapped in. As we find out quite soon, The Ray is gay, so being locked in dark room with only his judgemental and angry mother is far from subtle, and yet…it works. In less skilled hands, something so “on the nose” would fall flat, but the sincerity in which Orlando and Houser integrate this aspect of Ray’s history and his abilities makes it work exceptionally well. And that’s not even counting how it brings the topic of LGBTQ youth suicide into the picture. Death being a preferable alternative to living in the dark, living a lie, is something that, well, a substantial amount of readers can absolutely relate to. (Read more)

Griffin, "The Ray steps into the Rebirth spotlight," The Fandomentals, January 20, 2017.

[Note: This is a review of the animated series Freedom Fighters: The Ray] Though this is pieced together from minisodes, it is one big story, and though they're not making a big deal out of it, it's the first superhero feature from DC or Marvel with an obvious LGBT lead character (we can debate Deadpool's sexuality, but the movies are deliberately vague about it beyond Vanessa). If you count it as a miniseries instead, he's the first gay superhero lead, beating the upcoming Batwoman to it. That his foes are Nazis is perfect; pointed lines about "punch more Nazis" and the "Resistance" makes this all feel particularly relevant, as is the wish fulfillment aspect of Ray in costume breaking into the office of a right-wing politician to scare him into doing the right thing... [T] truth is it's the most emotionally stirring of all the DC animated movies I've seen and reviewed. The moment when Ray finally does reveal who he is to his parents is more tense than any villain's deathtrap, and the release afterward more moving than any victory in super-battle... It's great that it is as good as it is; if the first gay hero's movie sucked, it'd do some damage. (Read more)

[The Ray] has the happy ending to his coming out story and his sexuality is both integral to the story, but not enshrined in its tragedy. He’s not laid out on the table as a cadaver of adolescent queerness for straight audiences to observe and pick at. He’s unapologetic about his sexuality, but doesn’t suffer its consequences from a mainstream, heterosexist culture of control and punishment. And that’s a bit about why having queer creators telling queer stories is so important. It’s not to say straight creators shouldn’t build gay, lesbian, bisexual, asexual, or trans characters. It’s not to say white creators shouldn’t write Black, Asian, Latinx, or Muslim characters. But it is to say they need to pay attention to what it’s like when creators write their own communities. (Read more)