Summary: As a famous child actor, Brandon Sharpe's powers manifested when his manager attempted to take advantage of him, resulting in the manager receiving serious injuries and totaling a limousine. Sharpe adopted the name Striker and became determined to become a superhero, eventually joining the Avengers Academy. During this time, Striker admits that he has been attempting to "prove his manhood" by denying his sexuality. However, after a conversation with Julie Powers, Striker calls a press conference to announce his sexuality to the world

Important Issues: Striker comes out in Avengers Academy #23, in which he and Julie Powers discuss their own sexualities. 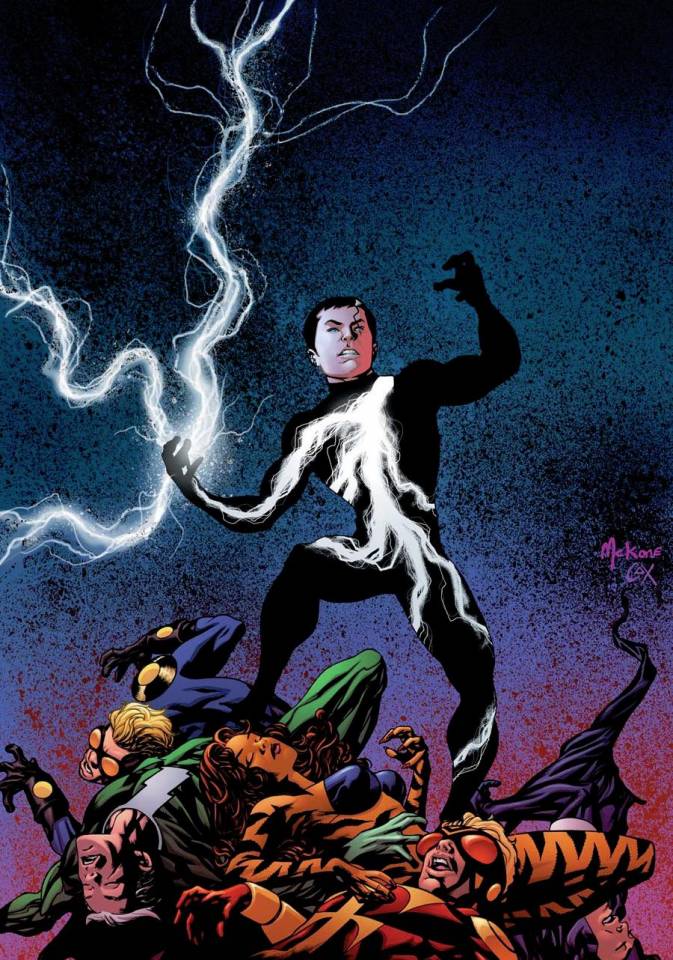 As for what makes this the right time [to come out], Striker now finds himself around Julie Power, a.k.a. Lightspeed, who is older and more comfortable with her sexuality (she's bisexual). So he finally has someone he feels he can open up to about the things that he's been struggling with -- matters he didn't feel able to discuss with his straight peers. I think a lot of gay kids, especially those living in smaller towns, don't know (or don't think they know) any other gay people they can talk to, and it's difficult for them, as it was for Striker. (Read more)

Recently in the pages of Avengers Academy #23, Striker (one of the main characters in the series) revealed that he was gay... It was a bold move and a great one overall in turning the Marvel Universe into a more culturally relevant world... Of course, not everyone feels that way. In fact, Jerry Smith of Erlanger, KY, wrote to the book’s letter section... expressing a general distaste in the move and using quite colorful analogies in the process... Greeted with a letter like that, Christos Gage took the entire letter section to write this thoughtful and detailed response on the matter. [Note: Full scan of Gage's response can be found in the linked article.]   (Read more)