Summary: Vnn was on the brink of death before being saved by Brrkk in a Garden of Eden type environment. The two seemingly serve as an alternate version of the Abrahamic mythology in which the first humans in the garden are two men. The couple falls in love, but after being attacked by prehistoric Deviants, Vnn becomes the first human Starbrand and sadly loses the love of his life. After transforming into the Hulk-esque Starbrand, Vnn joins the Stone Age Avengers led by a much younger version of Odin Borson. 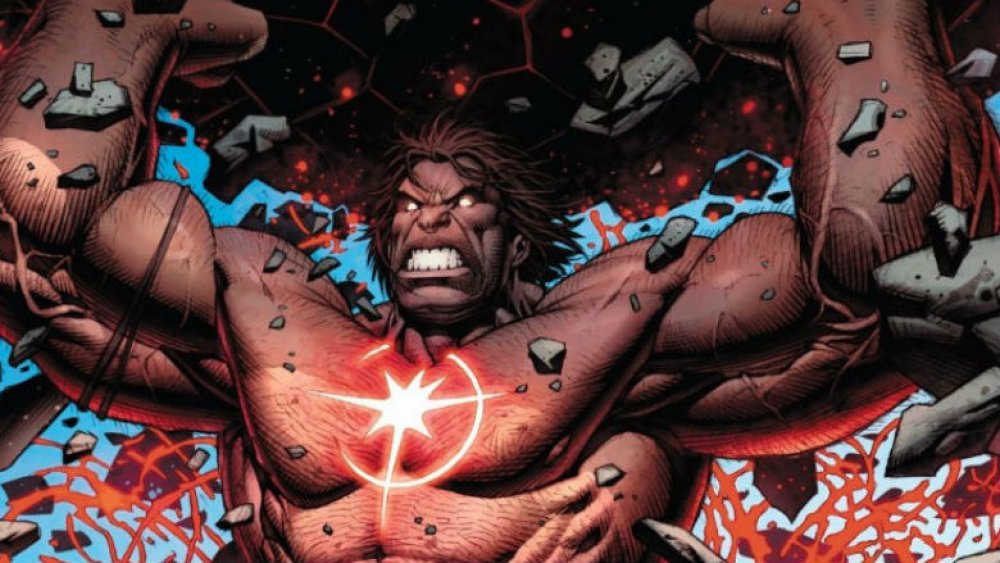 In Avengers #26, which hit shelves on November 20, 2019, we meet Vnn and Brrkk — two cavemen who leave their respective tribes because they know they're different in ways their prehistoric brethren won't understand. The smaller and brainier of the two, Vnn, receives some kind of psychic call to a lush Eden-like garden where he and Brrkk briefly share an idyllic existence. Unfortunately, the lovers' peace is disturbed by marauding Deviants — the monstrous, evil answer to Marvel's more heroic Eternals. (Read more)

In last week's Avengers #26, set in the dawn of man, as part of the Avengers 1,000,000 BC storylines, we got to meet the first superhero of Earth, sixty-six million years ago, as a result of the asteroid that hit Earth and wiped out the dinosaurs. Well, almost all the dinosaurs. Because one got lucky and, courtesy of the same asteroid, became the first superhero of the Marvel Universe, a Tyrannosaurus Rex, the first wielder of the Star Brand in the Marvel Earth. And who seemed to use the Star Brand's power to live for sixty-five million years – or at least somehow had progeny that he/she could pass the Star Brand along, long after dinosaurs died out. (Read more)