Summary: Rikki Barnes was originally from another dimension but after multiple rebirths, she was discovered by the Future Foundation in an intergalactic prison. She served as a hero, working alongside allies such as Captain America and the Fantastic Four before being transported to the mainstream Marvel Universe (616). During this time she reminisces about a former girlfriend from another reality and eventually enters into a relationship with Julie Powers. 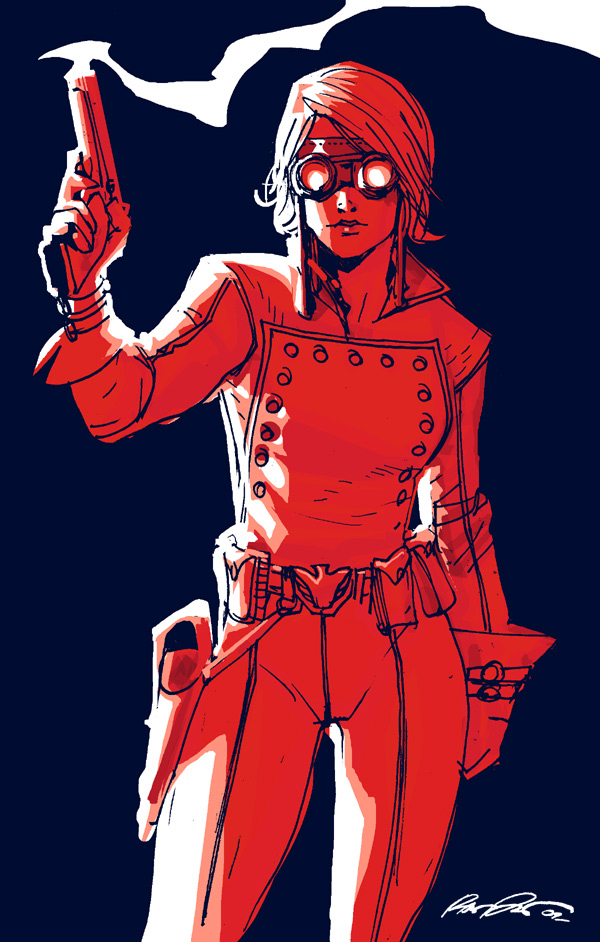 Sure, she's sported a couple of different names associated with other heroes—Bucky and Nomad—but her circumstances are pretty unique in Marvel history. When most of the Avengers and the Fantastic Four sacrificed themselves to stop Onslaught during his initial rampage back in the mid-90s, they were presumed dead. However, thanks to the wildly powerful Franklin Richards, the heroes wound up in a pocket dimension contained in a blue ball that he simply carried around! (Read more)

The current volume of the Fantastic Four sister series Future Foundation has the young team of superheroes and geniuses traversing the far reaches of the Marvel Universe searching for fragments of Molecule Man, who was scattered across the cosmos following the crossover event Secret Wars. The team's mission has led them to a maximum security prison in deep space where they have discovered the Maker (the Ultimate Universe's evil Reed Richards) and another forgotten figure from another reality: Rikki Barnes. (Read more)