Summary: Modeled after the pin-up model Bettie Page, Poison Ivy was introduced in the mid-1960s as a potential love interest for Batman (see Batman #181, 1966) and there has always been some sexual tension between the two characters. One of the most popular villains in Batman's rogue's gallery, Poison Ivy has turned into something of an antihero while working alongside Harley Quinn and the Birds of Prey. Pamela and Harley first meet in an episode of Batman: the Animated Series before Harley makes her debut in comics, and the pair's relationship has grown ever since. Poison Ivy and Harley Quinn have been displayed in a caring and loving relationship as the pair turn to superheroism and the former eco-terrorist teaches her partner how to be in a healthy relationship.

Important Issues: Poison Ivy and Harley Quinn were featured in an open relationship in Amanda Connor and Jimmy Palmiotti's 2013 Harley Quinn series. In issue #0, Harley even describes Pamela as "my hot girlfriend." 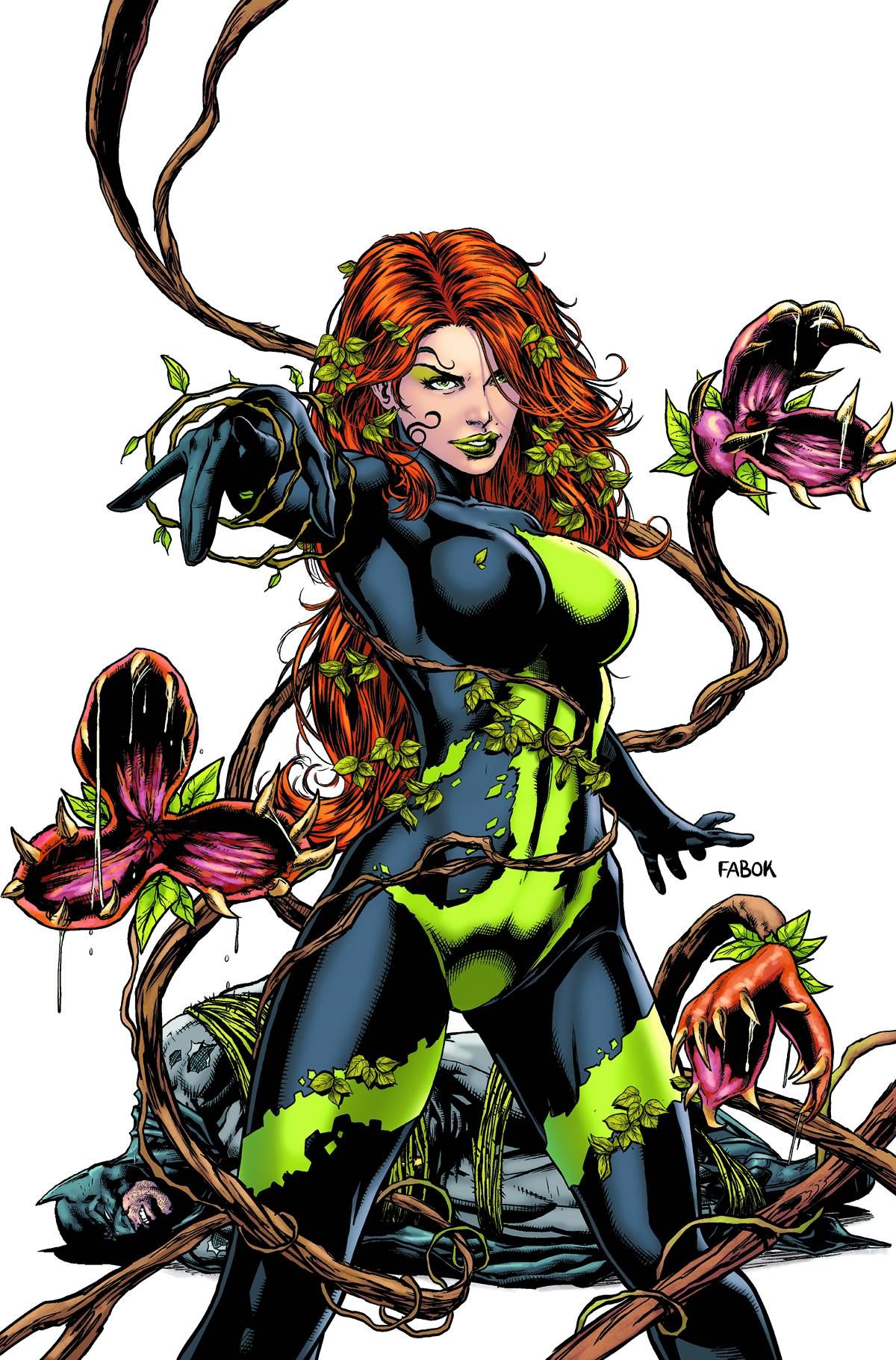 There's no denying that the chemistry between Poison Ivy and Harley Quinn is palpable. Although the two have hit some roadblocks and speed bumps in the past, it's becoming apparent that these two are really meant to be. Their love is almost as strong as their combined powers and abilities, and that's saying something. Harley and Ivy are a power couple not to be trifled but they are not without competition. (Read more)

There was always something special about two characters: Poison Ivy and Harley Quinn. They were super cool, super strong and could hold their own against anyone. They also had terrific chemistry. In one episode, they’re even shown standing in their pajamas and sharing a “hideout” that only has one bedroom and one bed. That’s gay. But not canonically. Not on the pages of an actual real universe DC Comic. Not until last week. That was when Harley Quinn #25 came out and we finally got to see this fan-favorite couple kiss in the pages of a main-universe comic book. This is honestly a huge moment for queer representation in superhero comics. (Read more)

Despite any official canon telling me that it was something I had to see in them, my queerness found Poison Ivy and Harley Quinn. The fears that being exposed to gay content would make me gay couldn’t have been less true. If I can speak for the legions of this particular brand of shippers, Harley and Ivy didn’t make us queer. If anything, we made Harley and Ivy queer. Starved for queer narratives before I even knew they were a thing, I latched on to the closest thing I could find that represented it -- and I’ve never let go. (Read more)