Summary: Phyla-Vell is one of the strongest beings in the universe when she possesses the Quantum Bands. She has helped to save the universe several times and has worked alongside the Guardians of the Galaxy as a member of their team. Phyla asks Moondragon out for a date/vacation shortly after Moondragon's relationship with Marlo Chandler ends, and the two have been in a loving and caring relationship ever since. 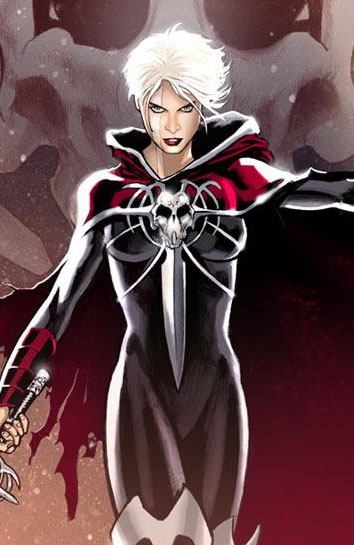 Sword lesbians unite, your outer space hero has landed and her name is Phyla-Vell! Though this might not be the first person you associate with the title of Captain Marvel, she was indeed briefly known by that name and has a fairly substantial claim to it as the daughter of the original Mar-Vell. Phyla-Vell might only have been Captain Marvel for the time it takes to blink, but she certainly made her mark on the title. (Read more)