Summary: One of the oldest and most frequent X-Men villains in the franchise, Mystique has been featured in a wide variety of titles since her creation in 1978. While she has been in various relationships with characters such as Azazel, Wolverine, Deadpool, and Sabretooth, her most meaningful partner has always been Irene Adler (a.k.a. Destiny). As one of Marvel's earliest gay couples, they have played an important role in the X-Men franchise. However, despite their longstanding relationship, they never displayed physical affection until 2019 when the two kissed in The History of the Marvel Universe #2. 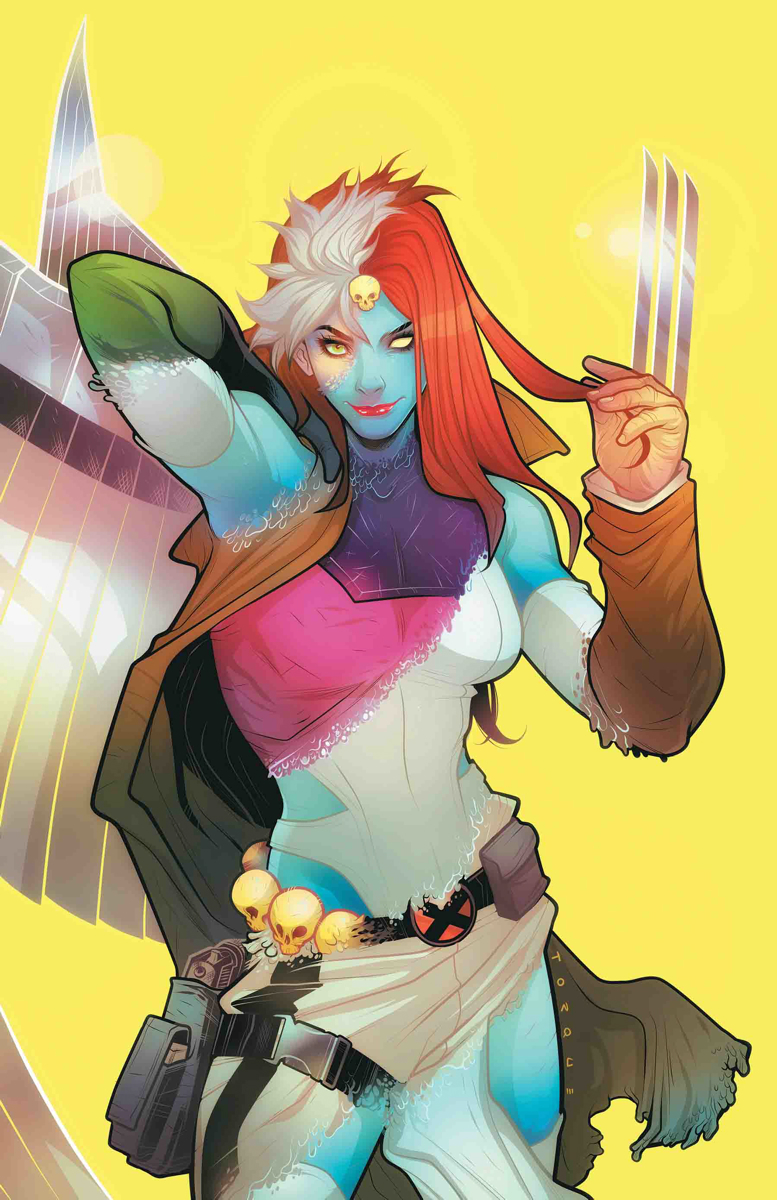 These are two characters that had to wait almost four decades to have their first on-page kiss, and it happened as a lead-in to a comics history piece that overall had little to do with them. Yet, Mystique and Destiny have been written as lovers from the beginning. From their first appearances, the love and loyalty they felt for each other was so palpable that it has to date inspired fanfiction and critical commentary that takes their status as one of comics’ most epic love stories as text. Wherever their story might go, Mystique and Destiny have always had the kind of love that transcends the thoughts, desires, and expectations of the outside world.

Both [Mystique and Daken] are shown to be powerfully seductive, however, we do not get to see this seduction or romance as part of the experiences of either character. With their villainous alignment, both characters are textually represented as attracted to both men and women and see them act on that attraction. Their sexuality is used mainly as a weapon, as deceit. It is framed as transgressive and more frequently than not a violation of those they attract, furthering the stereotype of sexually greedy or untrustworthy bisexuals. (Read more)