Summary: A telepath and a martial artist, Moondragon is a bisexual character who travels to the furthest reaches of the Marvel cosmic universe as a member of the Guardians of the Galaxy. Although she was depicted as the villainous Madame MacEvil when introduced in 1973, Moondragon has consistently behaved heroically in more recent storylines. Moondragon has dated many people, including Daredevil, Thor, and Marlo Chandler. However, she has been in a committed and loving relationship with her partner, Phyla-Vell, as they help to save the galaxy. 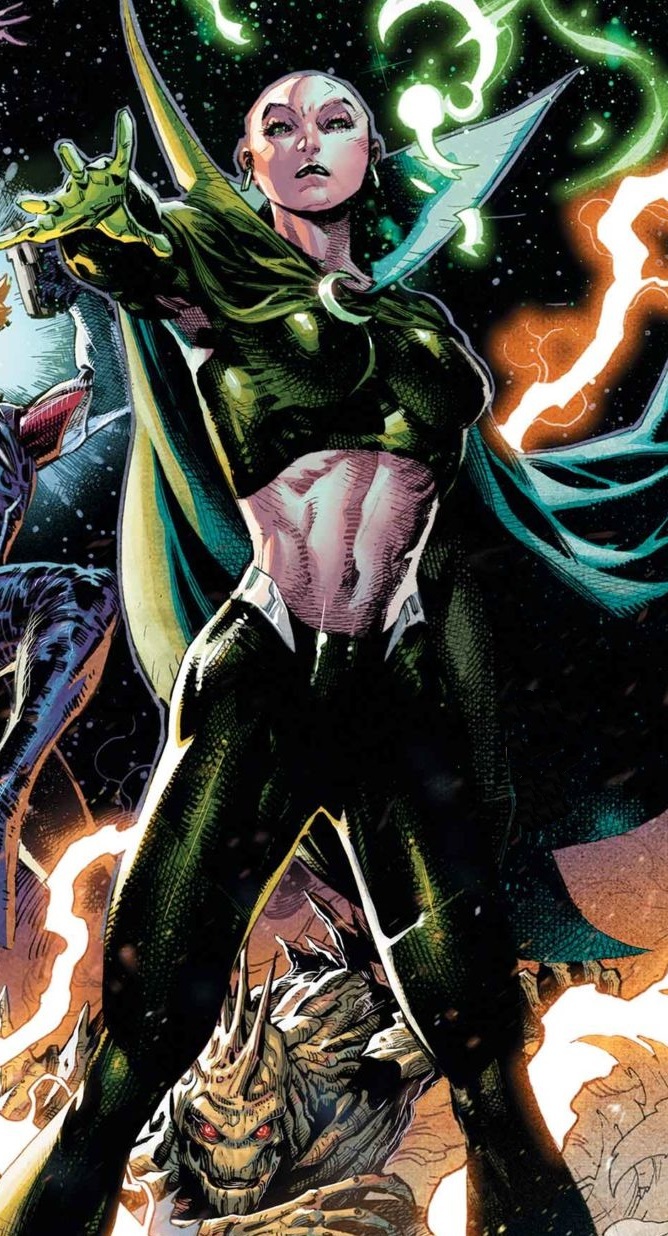 The fact that Moondragon and Phyla only appeared as a couple in a handful of issues and that not one but both of them died and at least one of them was transformed into a literal dragon while the other attempted to murder her own teammate is basically like if you gave the "bury your gays" trope a gallon of coffee, spun it around in a circle a bunch of times, then released it upon a comic book. Still, this is a ship with a substantial following. Though it is baffling that such a hugely popular character has been mostly left to flounder, we can only hope that means she'll be making a comeback in a big way, and we'll finally see some great stories with these two, in which both swords and dragons feature prominently. (Read more)

Moondragon was introduced to the team in the New Defenders after mostly appearing as a villain. She was forced by Odin to wear a headband that dampened her powers and teamed with Valkyrie, who was meant to keep an eye on her. Valkyrie was mostly uncomfortable around Moondragon, which, retroactively, we can view as being two mostly closeted queers having competitive feelings toward each other. Moondragon had not been known to be involved with women before, but she's considered bisexual by most now, and, as of the Annihilation event, was in an incredibly cute relationship with Phyla-Dell that doesn't get enough page-time even by half. (Read more)

Moondragon, her bisexuality, and her relationship with Cloud especially, leave me with all kinds of questions, and no one to ask. My thoughts are so loud I’m sure one of the elderly vacationers sitting with me on the deck overlooking the Atlantic can hear them. I do what Moondragon often does in the New Defenders. I visualize shields in the shape of a giant Dragon surrounding me, enveloping me in a mystical glow. They are strong and unyielding. I am a keeper of secrets. No one will know anything I don’t want them to know, until I am ready, which will be never. (Read more)