Summary: As Allen Thomas explains in an article about Masquerade written for Comicosity, "Masquerade is a transgender man who first appeared in Blood Syndicate #1 as part of Milestone Comics. He was assigned female at birth and began to identify as male in childhood... After being caught in the mutagenetic explosion in Dakota, Masquerade developed the ability to shapeshift, thus also giving him an opportunity to change his body to match his identity." Roger Reynolds notes that "Having queer African American characters in the Dakotaverse was a very bold choice for Milestone, but it broke barriers in representation for comic books as a whole. " 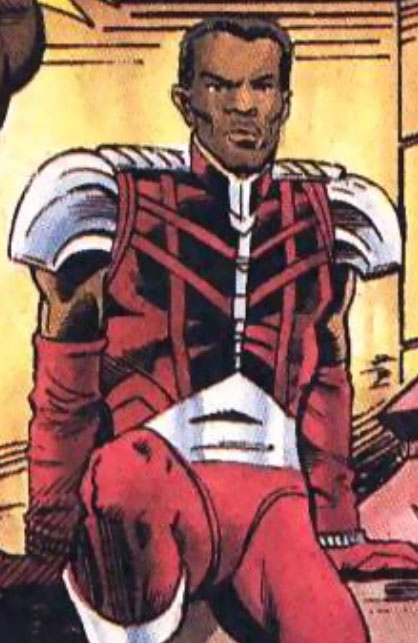 Trans characters are nearly non-existent (Praise Moses for Alysia Yeoh), and Black trans characters? *crickets* Queer identities are often examined through the lens of Whiteness in media, especially comics, so to have someone whose race intersects with his gender identity challenges common understanding of trans and queer narratives. (Read more)

In 1993, a group of African American artists and writers consisting of Michael Davis, Derek T Dingle, Denys Cowan, and Dwayne McDuffie formed Milestone Comics. Their vision was to create a universe consisting of ethnically and sexually diverse characters for millennial readers... Masquerade, a shape-shifting mutant, was born female but used his shape-shifting abilities to assume the form of a man, in which he felt more comfortable. Having queer African American characters in the Dakotaverse was a very bold choice for Milestone, but it broke barriers in representation for comic books as a whole. (Read more)