AKA: The Spirit of the 20th Century

Summary: Jenny Sparks has served as the leader of the superhero teams Stormwatch and The Authority. She has the power to control electricity and stopped aging at the age of 19. She has been a prominent character in The Authority series, working alongside power-couple Midnighter and Apollo. 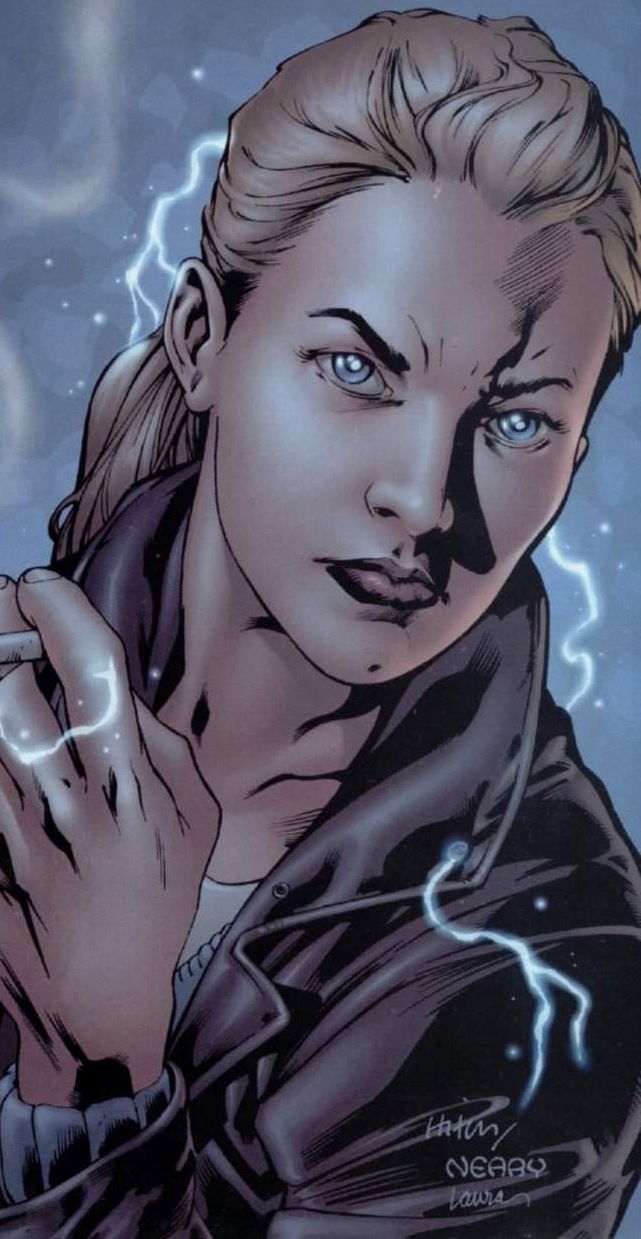 Articles about Jenny Sparks
The Bifrost Database is created by comics researchers at Trinity University. Special thanks to the Mellon Undergraduate Research Foundation for supporting the pilot version of this project. This site was last updated in December 2020.