Summary: Hulkling is half of Marvel's most famous gay couple, along with his boyfriend Wiccan, as well as the rightful heir to the Skrull throne. Teddy's faith in Wiccan is shaken when the trickster god, Loki, leads him to believe that the love he feels may be artificially created by his reality-warping boyfriend. Hulkling goes on to become the "King of Space," uniting the Kree and Skrull empires.

Important Issues: Hulkling and boyfriend, Wiccan, accidentally come out to Wiccan's parents while trying to come out as superheroes in Young Avengers #7. 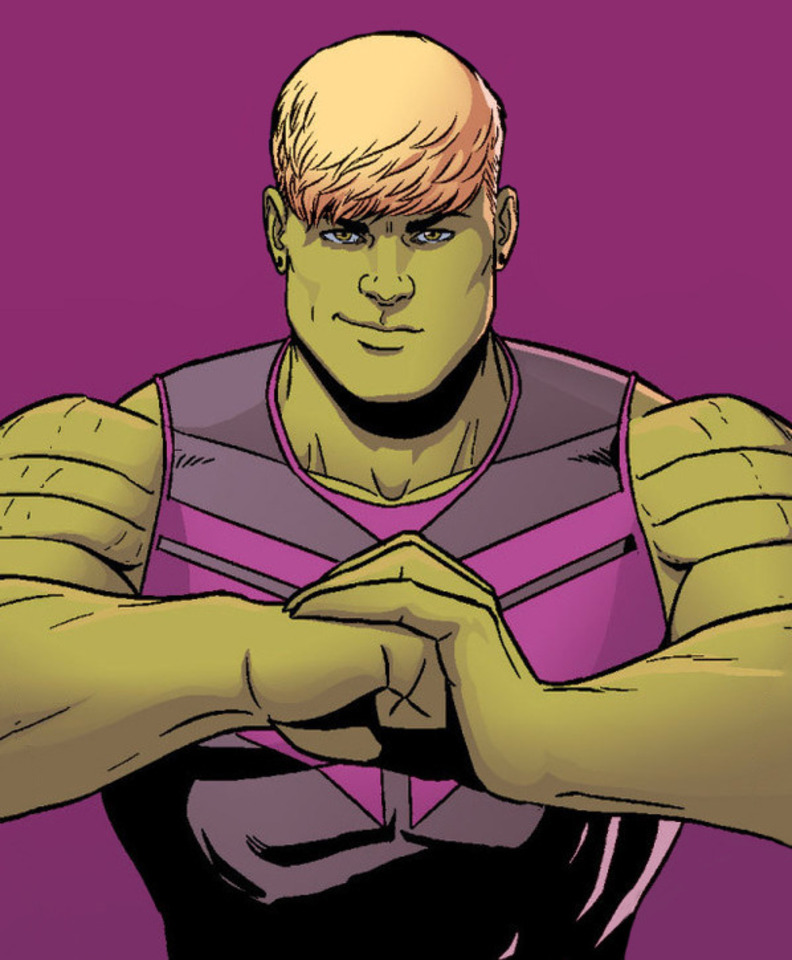 A lot has changed between Young Avengers #1 and Children's Crusade #9, but it's feasible to surmise that the third reason this kiss was so long in the making was prejudice - whether it was editors having it or editors fearing it. Both Marvel and its competitors have shown reticence in embracing gay characters in the past. (Read more)

The Marvel Cinematic Universe is getting increasingly gay and doesn’t look to be slowing down. Now a new report claims that a beloved queer comics character may be joining the MCU in the next Captain Marvel film. (Read more)

When Rio de Janeiro mayor Marcelo Crivella set out to censor Marvel's Avengers: The Children's Crusade for its inclusion of a same-sex kiss between two superheroes, he certainly didn't intend to make it one of the most well-known scenes, comics, and collections to ever hit Brazilian news. (Read more)