Summary: Blue Bolt operated as a founding member of the Union of Justice during the mid-1900s during which time he felt that he had to hide his sexuality. While the hero struggled with villains attempting to blackmail him for being a closeted gay man, he found that his sexuality did not affect his team's perception of him. 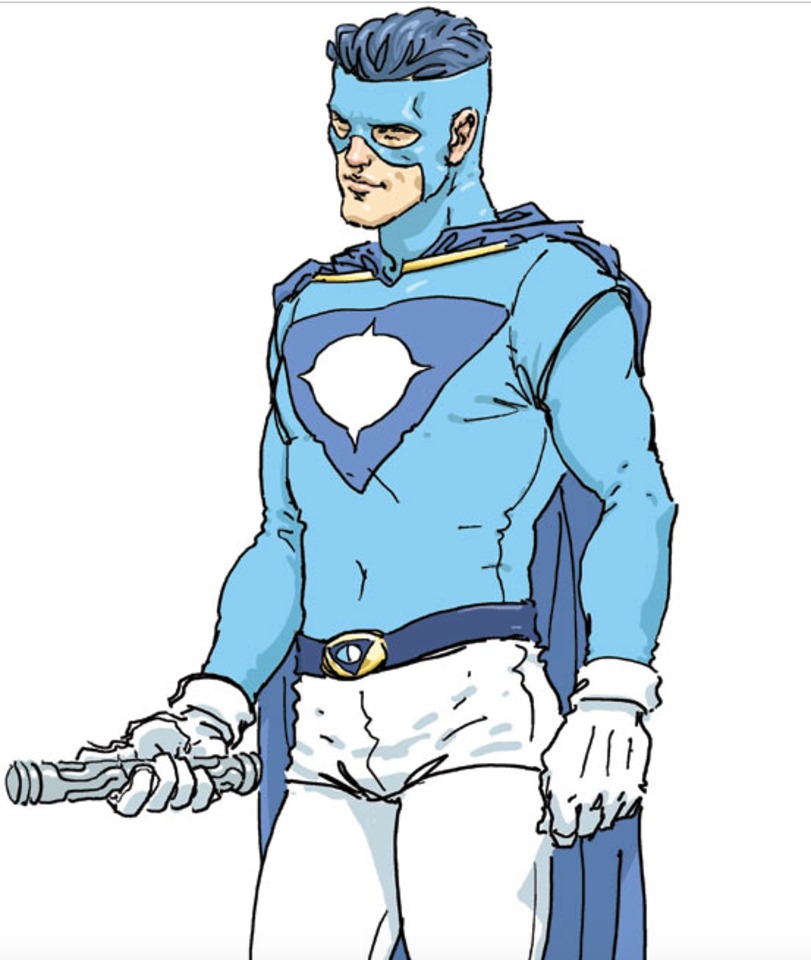 Millar and artist Wilfredo Torres modeled their superhero Blue-Bolt after real-life 1950s silver screen star Rock Hudson, who hid his sexuality from the headlines. “[Blue-Bolt] is part of the gay Hollywood scene, but all the other superheroes don’t know really what his private life involves,”┬Ø Millar said. “Superman is Clark Kent, but this guy would be Clark Kent and a heterosexual pretend character, and so he has to act very macho and hang out with all the other superheroes and his pretend sweetheart; he’s got his Lois Lane, but they’ve never even kissed.” (Read more)