Summary: Dr. Annabelle Riggs is an archaeologist who, after nearly dying at a Viking mass grave, joins the Defenders alongside Misty Knight and her lover Valkyrie. In a controversial subplot in the book Fearless Defenders, Annabelle gives her life in order to save Valkyrie. In subsequent chapters, Valkyrie manages to return the favor by resurrecting Annabelle, but there is just one twist: they must share the same body. Many fans were upset by this plot development, with one critic wondering if this was the first "lesbian fridging" in mainstream comics. Others noted that Annabelle's death reflected the "bury your gays" trope which so often befalls lesbian comic characters. During the final chapters of Fearless Defenders, Annabelle becomes romantically involved with an Inhuman named Ren Kimura.

Important Issues: Dr. Riggs comes out in Fearless Defenders #1 when she shares a kiss with Valkyrie. 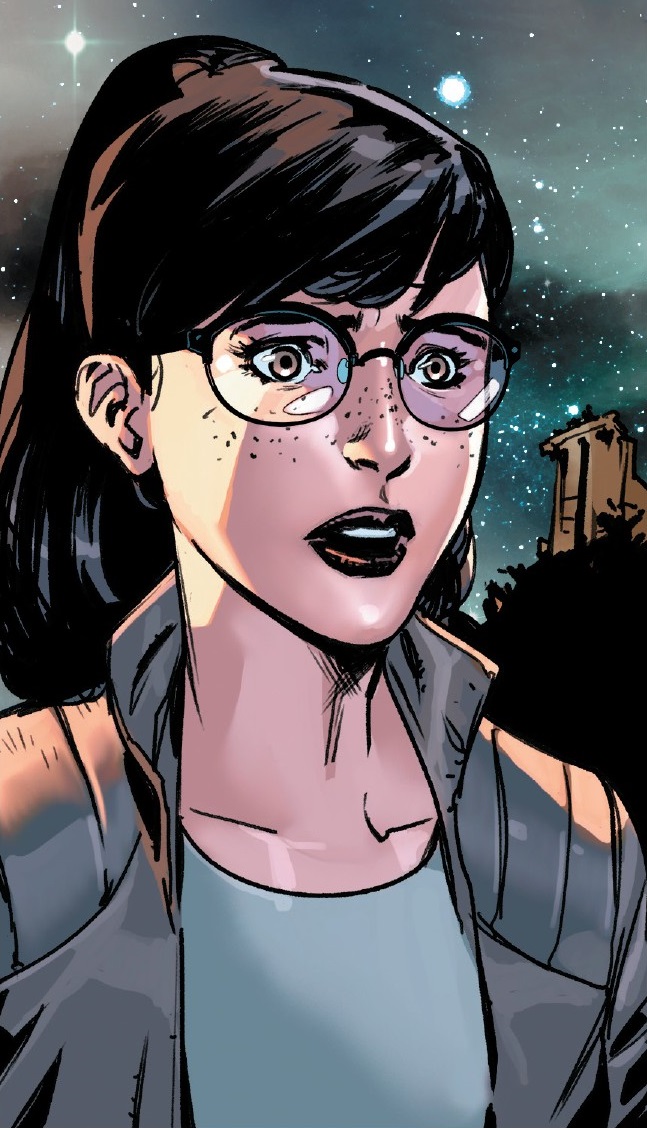 If you’re thinking, “Wow, how convenient. Introduce a gay character to serve as a plot point in a major straight character’s story and then off her when she’s served your purposes,” you are not alone. The book’s writers anticipated the backlash before they ever published the issue. They plan to dedicate the letters page in the next book to talking about “female deaths and/or sexuality in comic books.” A conversation they might have engaged in before they killed off one of the only active queer characters in the Marvel universe. (Read more)

This is Universal Love, a month-long spotlight on LGBTQ comic book stories that I have enjoyed over the years. This isn't meant as a "Best Of" list, since there are so many great works out there and so I'll spread the love around a bit, as it were. Today we look at the fascinating, but ill-fated romance between Valkyrie and Annabelle Riggs in Fearless Defenders by Cullen Bunn, Will Sliney and Veronica Gandini, which is the series that established that Valkyrie was bisexual, which Tessa Thompson picked up on for her portrayal of the character in the Marvel Cinematic Universe. (Read more)