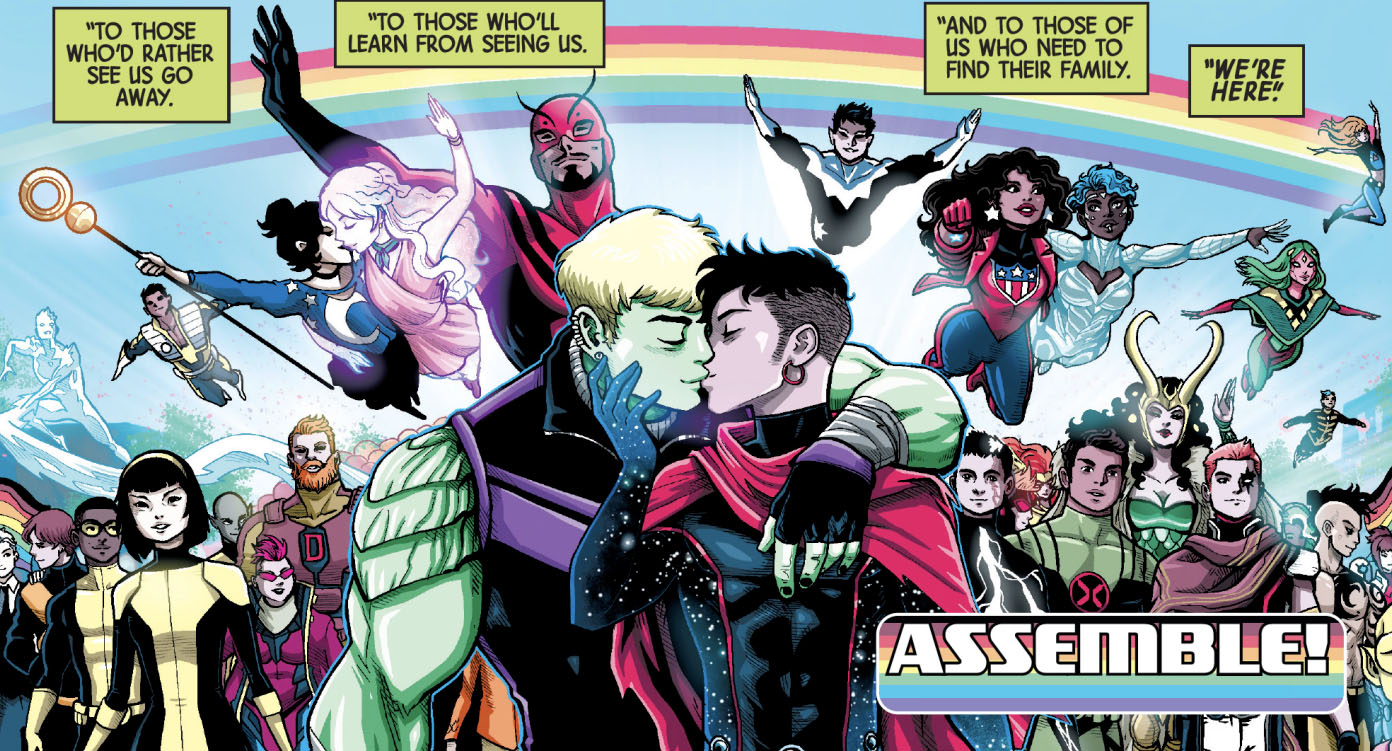 During the closing decades of the 20th Century, young people who suspected they might be gay were offered few positive role models in American popular culture. They certainly did not find gay characters in comics. For the most part, LGBTQ characters were invisible.

From 1954 through 1989, the Comics Code Authority (CCA) explicitly prohibited “illicit sex relations,” “sex perversion,” and stories which undermined the “sanctity of marriage.” Gay characters were also invisible in syndicated newspaper comic strips. The handful of representations that did exist fell into predictable archetypes such as the ‘sissy’ (e.g. Jack Tripper on Three’s Company), the transgender psychopath (e.g., Buffalo Bill in Silence of the Lambs), and the gay best friend (e.g., Sanford in Sex in the City).

Almost three decades have elapsed since the columnist penned his homohobic tirade and the cultural landscape has changed considerably. We live in a post-Obergerfell world; the right for same-sex couples to marry is protected by the U.S. Constitution. In 2018, more than 153 lesbian, gay, bisexual and transgender politicians swept to victory as part of the “Rainbow Wave” and Democrat Danica Roem became the first openly transgender state legislator ever elected and seated.

Created by comic book researchers at Trinity University, the Bifrost Database indexes lesbian, gay, bisexual, transgender, pansexual, and asexual comic book characters featured by the top three American comic book publishers: Marvel, DC, and Image Comics. Our goal is to showcase the growing number and improving representation of gay characters in comic books. The site will continue to grow as we add more and more character pages to the database.

If you find the site useful, we would be grateful if you could spread the word and share the link with other comic book fans. We are grateful to Trinity University and The Mellon Undergraduate Research Foundation for helping to make this project a reality.